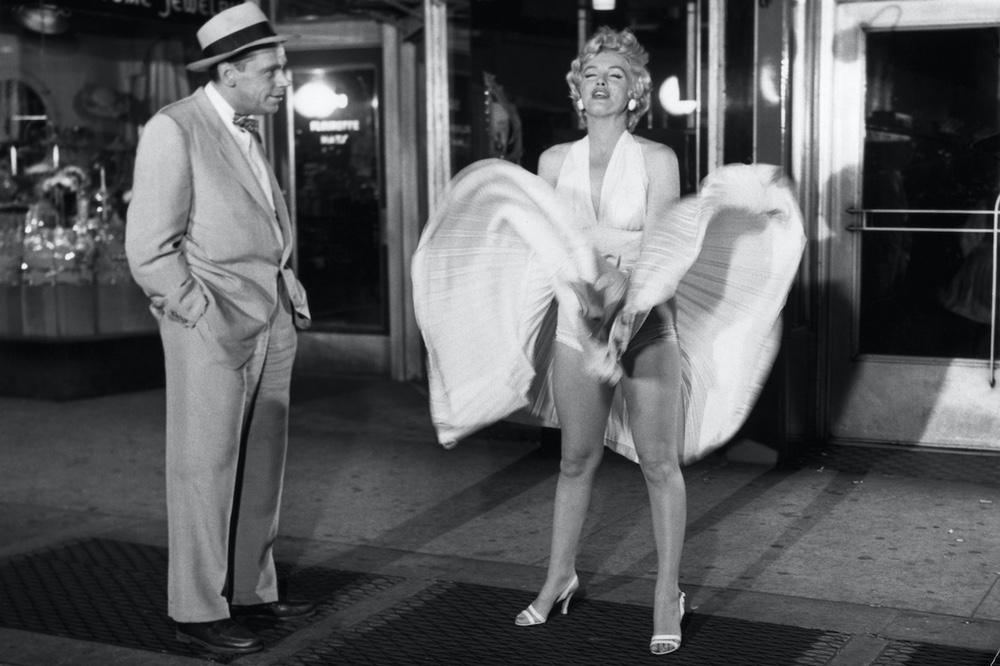 Hi my fans,  who likes touching?   if you feel like touching,  visit me I will show you the art of touch you will love it so lets get touched.  You have seen it a million times  and probably not even realised what it was you were seeing.  What am I referring to? Self touch.

Self touch is the great seduction technique that works so subtly it completely slips in under the radar.  If you want to see a great example of self touch in action you do not have to look any further than our favourite muse Marilyn Munro in the film the Seven Year Itch if you have never seen it ( you should)  every girl should.

All you have to know is that the setting is New York City during a summer heat wave Marilyn is the upstairs neighbour of a married man whose wife is out of town for the weekend.  Marilyn and the neighbour run into each other in the hallway and he invites her inside to cool off in front of his air conditioner.  Next to the famous round the world scene where Marilyn’s  white dress billows up around her waist on top of the subway grate the second sexiest scene in the film takes place in front of that air conditioner.
Because the cool air feels so good on her skin Marilyn cannot  help but touch her throat the nape of her neck her collar bone behind her ear the neighbour temporarily losses his ability to speak as his eye follows every millimetre of skin Marilyn's fingertips touch, why has he lost his power of speech, because he is imagining himself touching kissing and licking her where she is touching herself.

Touching yourself in a personal way in front of a man plants the subliminal seed of touching you in his mind.  It is also an invitation for him to touch you everywhere you are touching yourself.   That is the essence of self touch and I can think of no better example on earth than that stunning scene in the seven year itch    Think of how many more channels this adds to your remote control. Lets leave the the world of films behind get real and touching!! I will repay the compliment in more ways than one get the picture.

Kitty.   I am not wearing any stockings today and I have the panties to match touch me and see xx